The Danger of a Burnout Culture

In a first year microeconomics lecture my professor introduced his 'three rule system' for university. The rules were as follows:
1. Sleep/exercise/self-care more than you study.
2. Study more than you party.
3. Party as much as you possibly can.
When this slide was read out, an amused murmur rippled around the theatre. I'm sure I must have rolled my eyes. Spending £9250 a year on fees, let alone the extra costs of existing, was an expensive price tag to swallow, even more so were I to consider prioritising extracurricular endeavours and 'self care'. This doesn't mean I never go out at uni or take time off. It does tend to mean however, I study on weekends and live in the library on weekdays before going home, often feeling underwhelmed by my failure to reach another unrealistic daily goal. When I fail to get something done on a Sunday (!) my boyfriend has to sit and remind me that weekends are supposed to be restful. But it's all worth it if you make the grades right? This logic was enough for me... until it wasn't. After working in a supermarket three days a week over my Christmas break and trying to complete a 4000 word essay along revision for numerous exams I had an exam that actually made me cry (in the middle of it). For the next month of awaiting my results I felt completely unmotivated, I was going through the motions, doing the readings, but ultimately was uninterested and uninspired. My perception that my success was now jeopardised led to several moments of panic, convincing myself that I was losing my edge in the future job market, and there was nothing I could do about it because I was already working at full speed. 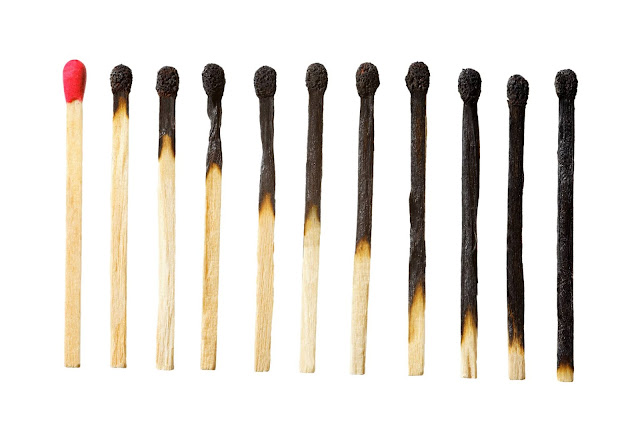 This experience is endemic of broader pressures and expectations, both internalised and externalised, in modern job markets and broader culture. One result of an education fuelled by the need to accumulate human capital is a culture of burnout. Rhetoric of productivity, efficiency and reminders of just how competitive the job market is (not least with recent technological advances) can lead to an over extension of the individual, stretching ourselves thinner and thinner to feel like we are maximizing our odds of success. The Marxist critique would take a more structural stance, pointing to an agenda of capitalist sustenance to ensure the survival of a system that feeds on growth and accumulation. Such social cues of 'a culture that looks with disdain at anything that smacks of disactivity' are in abundance, whether through the increasing sophistication of devices that ensure we are accessible at all times, or media call-outs of 'benefit scrounging'.
This trend has increasingly become linked to 'millennial burnout'. The association has stemmed from the particular ramping up of work expectation compared to prior generations and the resultant individual crashes that follow years of juggling increasingly insecure and flexible work demands, alongside basic life requirements such as cooking and running errands. A dual image of a generation that 'doesn't know how to have fun' and has lived a rosy life being 'babied' fails to account for numerous differential generational pressures. The laugh-ability of getting onto the house market early, the increasingly limited nature of pension plans, lowered worker protections accompanying declining unions and idealisation of unstable forms of work, praised for entrepreneurship yet riddled with difficulty and insecure incomes paints a different picture. The belittling of achievements (for example how easy it is to get a 2:1 nowadays) is accompanied by a genuine confusion as to why the number of university students with mental health issues are increasing. A dialogue of adversity and inter-generational competition is almost reflected in such conversations. The reduction of both struggle and achievement is at risk of encouraging more of the behaviours that can lead to burnout, taking on more responsibilities to prove worth and admonishing yourself when you fail to reach the mark you are aiming for. There should be more to life than the superficial and relative measures of success we beat ourselves up with, and the suggestion of some time off shouldn't preemptively induce stress. This is something that needs to shift, with individuals and communities engaging with strategies to recognise and alleviate burnout, providing support rather than criticism.
For a detailed look at Millennial burnout see https://www.buzzfeednews.com/article/annehelenpetersen/millennials-burnout-generation-debt-work
and some examples https://metro.co.uk/2018/07/16/the-pressure-of-getting-a-2-1-at-university-was-terrible-for-my-mental-health-but-now-i-know-a-2-2-doesnt-mean-less-success-7686765/
https://www.bbc.co.uk/bbcthree/article/245d1d9f-17f6-483e-81d2-3979d69432c6
Posted by Jocelyn Gaitskell on March 18, 2019
Email ThisBlogThis!Share to TwitterShare to FacebookShare to Pinterest